COSMOS NTUA Hackathon results available for smart cities and events! Congrats to the winners and all participants! 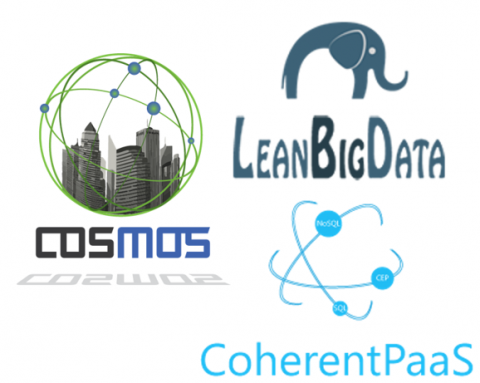 COSMOS in collaboration with LeanBigData (leanbigdata.eu) and CoherentPaaS (coherentpaas.eu) organized an open participation Hackathon during which the participants were given the opportunity to create new applications focused on the Internet of Things, Smart Homes and Smart cities concepts, using the projects’ tools. All the tools that were available as well as instructions and details regarding their use can be found at https://github.com/COSMOSFP7?tab=repositories. Indicatively, these tools included a Case-based Reasoner, Privelets and NodeRED flows.

A warm-up event which took place on Monday 23rd of May, at the multimedia room of the central library of NTUA marked the beginning of the Hackathon. During this event, the organizers presented the basic functionalities of the projects, the scenarios on which the participants would compete and the tools that could be used for the Hackathon.
In total, 9 teams of 1-3 people participated in the Hackathon and implemented small projects which were presented in front of the judges on Friday 24th of July at NTUA. The participating individuals and teams made a short presentation describing the scenario that was implemented or extended, the procedure that was followed and the final results and submitted their source code.

Taking under consideration several criteria like the originality of ideas, the level of implementation, the use of the tools provided and the completion of several basic and extra challenges announced beforehand, three winning teams were chosen. Indicatively, a short description of the corresponding three projects can be found below: